WhatsApp is rolling out an update that brings support to adjust playback speed in voice messages. The new experience is coming to Android and iPhone users as well as on WhatsApp Web and desktop clients. It lets you increase playback speed in voice messages by as much as 2x using the native controls. In addition to the update, WhatsApp has brought a new sticker pack called “Laugh It Off!” to Android and iPhone devices. The sticker pack includes 28 animated stickers to choose from.

In addition to Android and iPhone users, WhatsApp has brought the playback speed controlling for voice messages to its Web and desktop clients — as first reported by WABetaInfo. The new feature is available on WhatsApp Web and desktop version 2.119.6.

The updated WhatsApp for iPhone has also enabled groups to show an “@” symbol in the chats list when someone has mentioned you or replied to your message.

WhatsApp has additionally brought the “Laugh It Off!” Sticker pack to both Android and iPhone users. It contains animated stickers that you can use to react to hilarious messages. 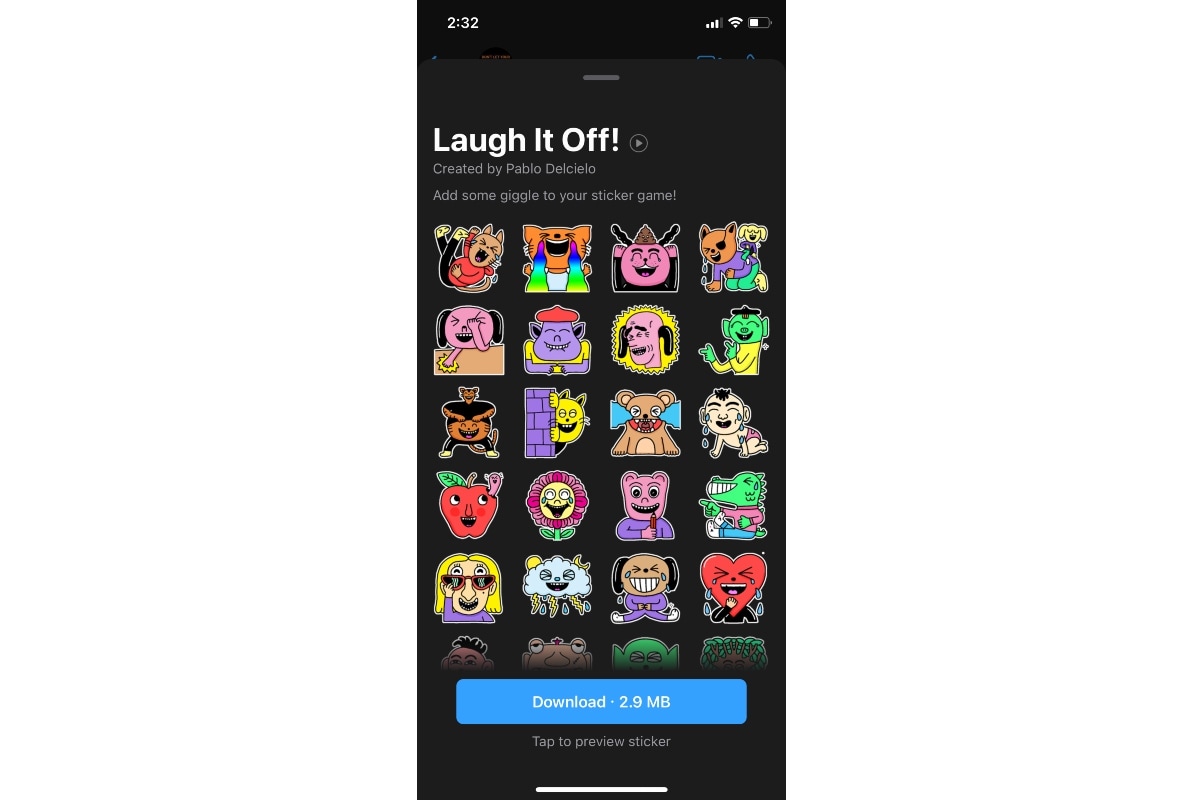 WhatsApp has added “Laugh It Off! sticker pack

The sticker pack may take some time to appear on your WhatsApp account. You can, however, bring it manually alongside your existing stickers by using its deep link, as reported by WABetaInfo.

Earlier this month, WhatsApp was spotted testing sticker suggestions on its Android and iOS apps to suggest stickers to the users on the basis of the text they type. The feature could initially be limited to WhatsApp’s native sticker collections. It is likely to gradually grow and may be available for third-party sticker packs, though.

Jagmeet Singh writes about consumer technology for Gadgets 360, out of New Delhi. Jagmeet is a senior reporter for Gadgets 360, and has frequently written about apps, computer security, Internet services, and telecom developments. Jagmeet is available on Twitter at @JagmeetS13 or Email at [email protected] Please send in your leads and tips.
More

Denial of responsibility! NewsBit.us is an automatic aggregator around the global media. All the content are available free on Internet. We have just arranged it in one platform for educational purpose only. In each content, the hyperlink to the primary source is specified. All trademarks belong to their rightful owners, all materials to their authors. If you are the owner of the content and do not want us to publish your materials on our website, please contact us by email – [email protected]. The content will be deleted within 24 hours.
best technology newsnews update technewsbittech newstech update
0
Share FacebookTwitterGoogle+ReddItWhatsAppPinterestEmail

A Year of Protest. But What About Progress?