OnePlus has finally unveiled the OnePlus Nord 2T, its latest mid-range smartphone in the Nord series lineup and the successor to the previous year’s OnePlus Nord 2 in Europe. Similarly, Google revealed its latest A-series mid-range device Pixel 6a at the Google I/O conference last week. Both OnePlus Nord and Pixel a-series devices have been popular among consumers for their well-rounded value for packages.

With OnePlus Nord 2T and Google Pixel 6a launch in India expected later this year, we explore what these smartphones bring to the table compared to the each other, so you can decide which phone to buy when they’re available.

OnePlus Nord 2T vs Google Pixel 6a: Display and Design 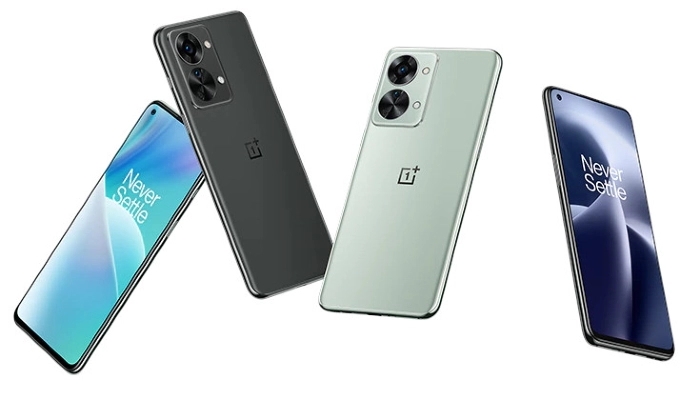 When it comes to display specifications, both the OnePlus Nord 2T and Pixel 6a sport AMOLED panels with HDR capabilities. OnePlus Nord 2T sports the same 6.43-inch Full HD Fluid AMOLED display with a 90Hz high refresh rate as the previous year’s OnePlus Nord 2. The display has an approximate 409ppi of pixel density and also features HDR10+ certification for punchy colours. The OnePlus Nord 2T has a glossy finish, with the front and back protected by Corning Gorilla Glass 5, and a plastic frame around the sides. 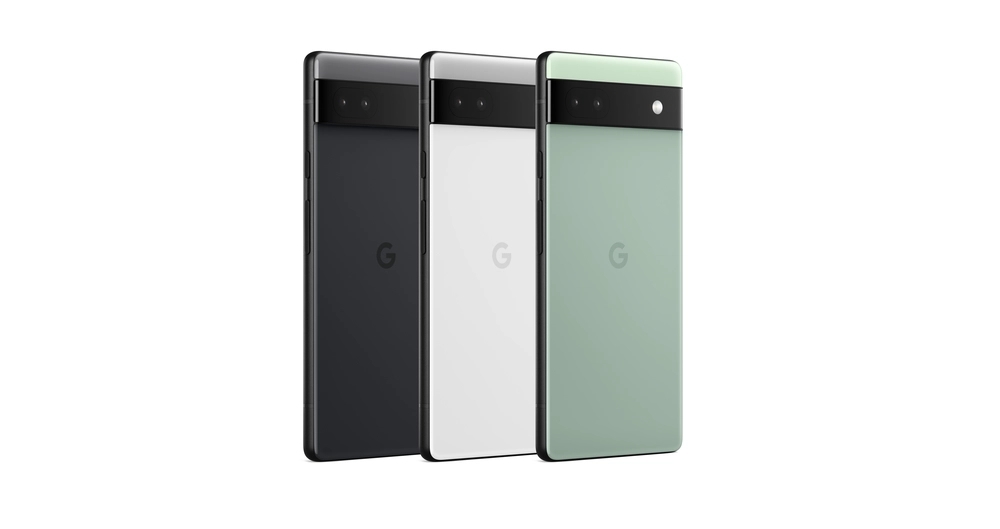 On the other hand Pixel 6a has a 6.1-inch Full HD screen but lacks any high refresh rate capabilities, as Google has opted for a 60Hz panel. The display also sports HDR certification. In terms of design, Pixel 6a comes with a plastic back with the front protected by a Corning Gorilla Glass 3. Unlike the OnePlus Nord 2T, which has a plastic frame, the Pixel 6a’s frame is made of an alloy frame. Pixel 6A also gets IP67 dust and water resistance, and a fingerprint-resistant coating to protect from smudges.

OnePlus Nord 2T vs Pixel 6a: Processor, RAM, and Storage

Meanwhile, Google has chosen to go with the Google Tensor processor with a Titan M2 security coprocessor processor on the Pixel 6a. To recall, this is the same in-house processor that Google used on its last year’s flagship Pixel 6 smartphone. Pixel 6a is available in a single 6GB/128 variant as of now.

That said, both MediaTek Dimensity 1300 and Google Tensor processors will offer enough performance to cut through anything you throw at them.

In terms of optics, the OnePlus Nord 2T gets a triple camera setup including a 50MP optical image stabilisation (OIS) main camera along with an 8MP ultra-wide lens and a 2MP depth sensor and a dual-LED flash. There is a 32MP selfie camera at the front housed in a top-left corner punch-hole cutout. 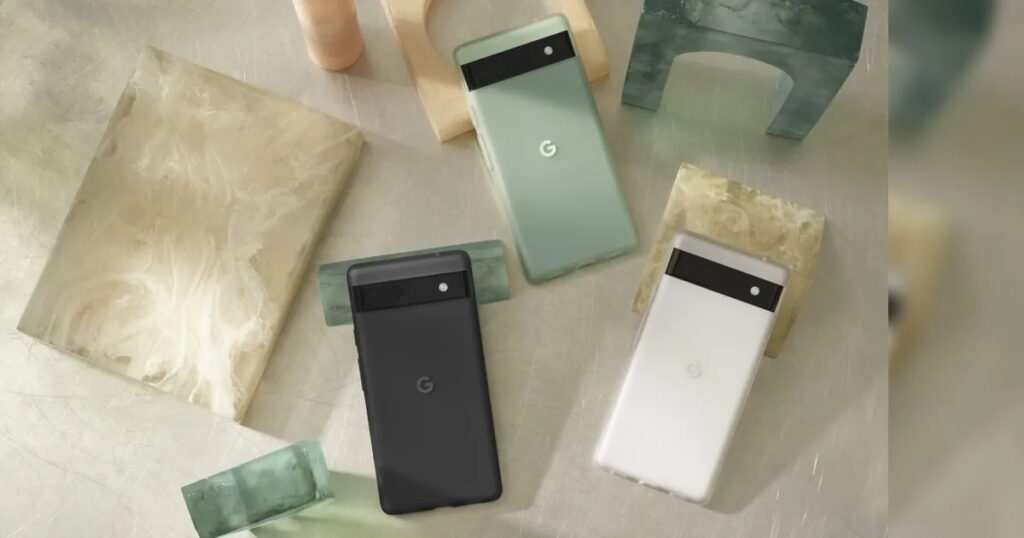 Pixel 6a sports a dual rear camera setup at the back with a dual pixel PDAF 12.2MP main wide-angle lens (OIS) along with a 12MP ultra-wide shooter and a dual-LED flash. Additionally, it gets an 8MP front-facing camera placed in a centre punch-hole cutout for selfies.

That said, Google’s Pixel lineup has always offered a greater camera experience, even in its mid-range A-series lineup. If you’re really prioritising cameras above all else, you may want to keep an eye on the Pixel 6a. Google is also making use of its Tensor SoC to offer features like Magic Eraser, which helps identify and erase unwanted objects in photos, and Real Tone processing for a more accurate representation of skin colour tone.

OnePlus Nord 2T vs Pixel 6a: Battery and Fast Charging

On the software side, both OnePlus Nord 2T and the Pixel 6a run Android 12 out of the box. OnePlus Nord 2T runs on the Oppo-fied OxygenOS 12.1, which does offer a clean and fast software experience. 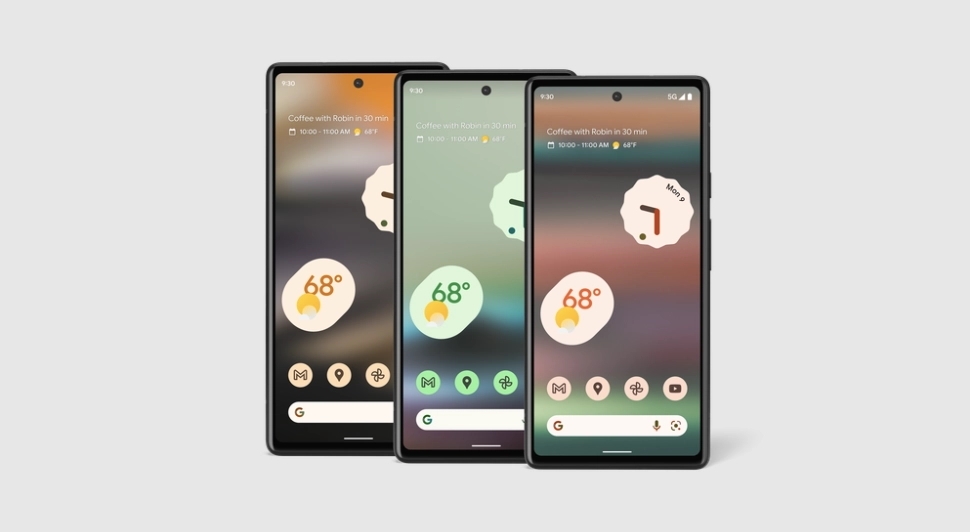 Meanwhile, Pixel 6a offers a stock Android software experience. One thing where the Pixel 6a clearly shines is its software support. Google is promising up to 5 years of security updates and three generations of Android updates. For comparison, OnePlus only promises up to three years of security updates and two major Android updates with its Nord lineup. Google Pixel phone’s software update policy is one of the best after Samsung, which promises up to four generations of Android updates. Pixel smartphones are also one of the first ones to get the latest Android updates including new in-development Android builds; the same cannot be said about the OnePlus Nord lineup.

Coming to connectivity, both the OnePlus Nord 2T and Pixel 6a get 5G connectivity (5G Sub 6GHz on Pixel). Both the phones also get a dual SIM feature. OnePlus Nord 2T has two physical dual nano-SIM slots. And on the other hand, the Pixel 6a gets one physical nano-SIM slot, and for the second SIM, you have to rely on the built-in eSIM functionality.

OnePlus Nord 2T and Pixel 6a sport Bluetooth 5.2 connectivity along with dual-band 2.4GHz and 5GHz Wi-Fi 6 (6E on Pixel) support. You do get NFC support on both handsets as well. None of them retains the 3.5mm headphone jack, you have to rely on Bluetooth audio to stream wireless audio.

Given that we don’t yet know the official Indian pricing for OnePlus Nord 2T and Pixel 6a, it is a bit hard to draw a firm comparison between these smartphones. But drawing from the previous knowledge, a handful of things are clear. If you want the best camera experience and long-term software support in this segment, it is better to go with the Pixel 6a. But if you’re willing to compromise on the cameras and long-term software support, both phones will offer exceptional performance and a well-rounded cohesive package.

As mentioned earlier, OnePlus Nord 2T was launched in Europe on May 19th at its global event. The Indian launch date and the handset price still remain under the wraps. But it is expected to officially debut in India in the next couple of months.

Similarly, Google unveiled Pixel 6a at the recently held Google I/O conference on May 11th. Unlike OnePlus, Google has gone ahead and announced on its official Google India Twitter account that Pixel 6a will be available in India later this year.

Denial of responsibility! NewsBit.us is an automatic aggregator around the global media. All the content are available free on Internet. We have just arranged it in one platform for educational purpose only. In each content, the hyperlink to the primary source is specified. All trademarks belong to their rightful owners, all materials to their authors. If you are the owner of the content and do not want us to publish your materials on our website, please contact us by email – [email protected]. The content will be deleted within 24 hours.
best technology newscomparedcomparisonsdesignGooglegoogle pixel 6aMobilesnews update tech
0
Share FacebookTwitterGoogle+ReddItWhatsAppPinterestEmail

New Apple Watch 8 could have biggest display and best…

New Apple Watch 8 could have biggest display and best…