The game fulfils a range of narrative purposes — from being a stand-in for warfare and statecraft to symbolising ambition, decadence, upward mobility, and so on

The game fulfils a range of narrative purposes — from being a stand-in for warfare and statecraft to symbolising ambition, decadence, upward mobility, and so on

Chess is the flavour of the season in Chennai as the city hosts the 44th Chess Olympiad. With everybody from Viswanathan Anand to A.R. Rahman in town for the extravagant sporting affair, and chess enthusiasts from around the world glued in to the proceedings, now’s a good time to look at some memorable chess-themed movies and TV shows over the years.

What’s fascinating to me is the range of narrative purposes fulfilled by the chess film — obviously, because of the nature of the game itself, it has been used as a stand-in for warfare and other prerogatives of the nation state. But the game has proven to be a versatile tool in the hands of skilled filmmakers. Chess in movies has also symbolised, at various places, statecraft, ambition, decadence, upward mobility, and so on. Perhaps the best and most high-stakes chess game in cinema, of course, happened in 1957, in Ingmar Bergman’s The Seventh Seal, where disillusioned 14th century knight Antonius Block (Max von Sydow) plays a game of chess with Death himself.

For Indian audiences, Satyajit Ray’s Shatranj Ke Khiladi (1977), based on the Premchand short story of the same name, is the best-known film involving chess. Shatranj Ke Khiladi (available on Amazon Prime Video) is set in 1856, on the eve of the first organised Indian uprising against the colonial British administration. As the British use a variety of underhand tactics to annexe various princely states across the country, we see two rich, bored noblemen (played by Saeed Jaffrey and Sanjeev Kumar) playing their daily games of chess. Here, chess is a stand-in for decadence, especially the kind displayed by the rulers of medieval India. In the past, some historians have claimed (although this was never definitively proven) that during the 15th century, some kings in India played ‘human chess’, with orderlies standing in for the black and white pieces. In Satyajit Ray’s ‘Shatranj Ke Khiladi’ (1977), chess is a stand-in for decadence, especially the kind displayed by the rulers of medieval India.

Modern-day Hollywood films, of course, have shifted the symbolism from kingly decadence to the kind of narrative tensions unique to nation-state politics. 2014’s Pawn Sacrifice (available on Amazon Prime Video), for instance, featured Tobey Maguire as legendary American player Bobby Fischer, who challenged and defeated the top Soviet players of the era during the height of the Cold War. The most notable among Fischer’s triumphs forms the climax of the movie — the 1972 World Chess Championship match against the incumbent World Champion, the Soviet grandmaster Boris Spassky (played by Liev Schreiber).

One of the big story arcs in the film followed the symbolic nature of this U.S. vs. Soviet Union clash — Spassky’s status as World Champion was used as a propaganda tool by the USSR, and so we see President Richard Nixon and Secretary of State Henry Kissinger following the young Fischer’s development as a player. As the film’s director Edward Zwick ( American History X, Blood Diamond) explained in a 2017 interview with Screen Prism, “You have Henry Kissinger and Richard Nixon calling Bobby Fischer, you have Brezhnev and the KGB agents following Boris Spassky. Both of these men were pawns for their nations.” The real-life Fischer, of course, became a fugitive after defeating Spassky in an unofficial rematch held in 1992 in Yugoslavia, which was then a country on which the American government had imposed a number of political and economic sanctions.

If chess can symbolise political imperatives, it is every bit as effective as a stand-in for personal and socio-political aspiration, as Mira Nair’s film Queen of Katwe shows. This 2016 biographical drama based on the life of Ugandan chess player Phiona Mutesi, follows Mutesi as a young girl living in Katwe, a slum in Kampala (capital of Uganda). Chess for her is a way of rising above the circumstances and so every game assumes an additional layer of urgency for her, her family and the audience, of course. A still from Mira Nair’s ‘Queen of Katwe’, based on the life of Ugandan chess player Phiona Mutesi. 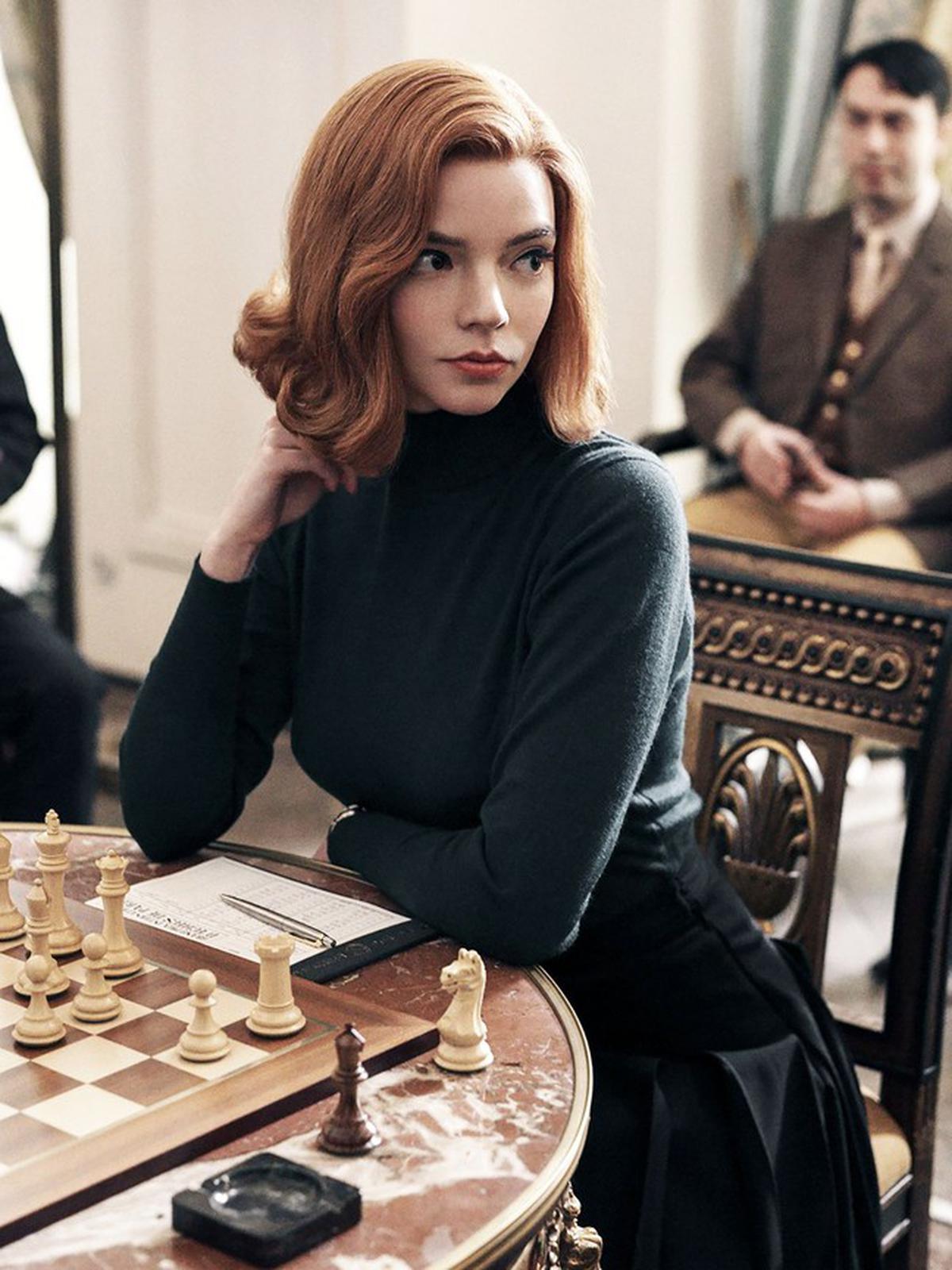 Easily the finest and the most celebrated chess story of the modern era, however, is Netflix’s much-loved miniseries The Queen’s Gambit, based on the Walter Tevis novel of the same name. Anya Taylor-Joy stars as Beth Harmon, a gifted young chess player struggling with a dependence on alcohol and tranquilizer pills, which help her visualise games and stay a step ahead of more experienced opponents. Among other things, The Queen’s Gambit did a brilliant job of bringing out the dark side of the game and the stress-related toll it often takes on young players. In Pawn Sacrifice, too, for instance, an endnote reveals that Fischer suffered paranoid delusions for much of his life.

In Olympiad week, allow me to make a Bollywood wish of my own — a good, solid chess movie, preferably a thriller, starring Tabu and Kay Kay Menon as grandmasters who also happen to be former lovers. A boy can dream, can’t he?

The writer and journalist is working on his first book of non-fiction.

Denial of responsibility! NewsBit.us is an automatic aggregator around the global media. All the content are available free on Internet. We have just arranged it in one platform for educational purpose only. In each content, the hyperlink to the primary source is specified. All trademarks belong to their rightful owners, all materials to their authors. If you are the owner of the content and do not want us to publish your materials on our website, please contact us by email – [email protected]. The content will be deleted within 24 hours.
Adityabest sports newschesschess ChennaiChess Indiachess moviesChess Olympiad chennaichess shows
0
Share FacebookTwitterGoogle+ReddItWhatsAppPinterestEmail